Praksis Film was established in 2013 by Haci Orman.  It is an independent film production company from Turkey. 2014 has produced a short film Homo Politicus. Homo Politicus, participated in many international film festivals and has been invited to the Council of Europe. The company is currently developing two projects.

Meetings on the Bridge (The Interrogation) 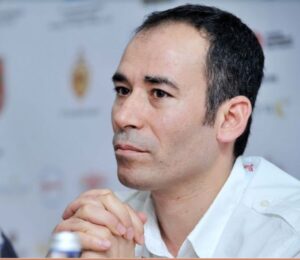 He worked at several newspapers and radios. He worked as the editor-in-chief for the “Speaking Magazine”, Turkey’s first art magazine published for the visually-impaired. He took on the Turkish production of Harold Pinter’s stage play Mountain Language. He has worked as education expert on human rights and culture policies at several NGOs within the European Union. He was imprisoned twice on political grounds. In 2011, he decided to lay off all executive duties to take on film only, and participated to YapımLab, managed by Zeynep Atakan. In 2014, he shot the short film Homo Politicus about the historical dialogue between German Pastor Lepsius and Turkish general Enver Pasha. He participated to international platforms including Meetings on the Bridge, Sundance Lab, Thessaloniki Crossroads, and Sofia Meetings with his feature film project, Interrogation.